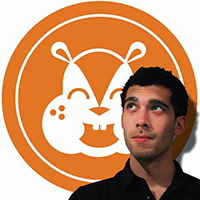 Gatherer's Granola
Contact: Sandro Gerbini
Address: 2696 Hamburg St, Suite 5 Schenectady, NY, 12303
Email Address: info@gatherersgranola.com
Phone: 518-952-0958
Website: https://gatherersgranola.com/
About Us
Gatherer's is from a place of flavor; a place where people stand resolute in their belief that things that are good for you should taste great too. Gatherer's granolas are not run of the mill, they are a cut above, the cream of the crop, made using locally sourced and organic ingredients. Go ahead, take a bite and see for yourself.

Gatherer's began as a family recipe. The flavor that would later become Chipmunk's Choice became a favorite among my friends at college.

One summer day in 2010, I introduced the granola at the Delmar Farmers Market near my home in upstate New York. It was purely on a whim, but it ended up catching on. Before I knew it, I had a customer base that expected me to continue baking for them. I was baking at night, using the kitchen at a local cafe where I was the manager during the day. At the same time, I was developing another web-based start-up company.

The farmers market customers demanded more granola with every passing week, and some began to ask the obvious question, "why don't you sell this anywhere else?"

It was an interesting notion, though I had no ambitions of baking granola for a living. Nevertheless, I decided to spend an afternoon trying my hand at wholesaling to local stores. By the end of that day, my granola was available on shelves at five local retailers.

Practices
In early summer of 2012, Gatherer's moved into its own space in Schenectady, New York. We now have 13 employees and have retailers in eleven states. With the help of a successful campaign on Kickstarter, Gatherer's has recently launched three new certified gluten-free flavors.